Sunday, May 22, 2022 - Welcome to our totally redesigned website. We are still finalizing the last bits and pieces, so don't worry if something doesn't work. Simply try it again later. Thanks.
Coaching OnlineEmail AutomationNews

Excel? Why? We can mail an envelope, no?

Excel? Why? We can mail an envelope, no?

How technology changed everything

I’ve been working for this midsized fashion company for almost five years. Right after finishing my three year vocation training as office manager, I’ve been offered to work in purchasing and production planning.

My duties included following up with the fabric suppliers in Italy (that’s where I learned a lot about reliability 😉 ), preparing the production, and supporting my supervisor in planning the production schedule.

This was in the early 1990s were personal computers (PCs) were not standard in companies as nowadays. Back then we had ‘dump’ terminals on your desk that did not even know the time and date if not connected to the server. 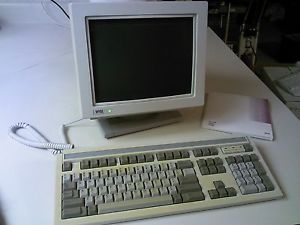 Something had to change!

Let me tell you.

Every Friday, my supervisor called his team into his office to discuss the production plan for the coming week. The meeting took about 2-3 hours each time. Everyone had to stand on the left side of his office, while he was busy on the opposite side.

The right side wall of his office was full of paper. Horizontal A4 paper. Lots of them.

I guess the wall was about 10 meters long and 2.5 meters tall, so you can imagine how many A4’s you could stick to it.

All of these horizontal A4s have been created by using a typewriter. Ok, by then it was already a model with a built- in monochrome screen and a memory, so you could save templates and get them ‘typed’ automatically.

Today we would refer to this ‘typed’ template as a grid. Simple horizontal and vertical lines forming a table. Not long ago, we would actually sit down with a ruler and a black pen and draw these kinds of tables by hand. Yes, by hand. To replicate them, we would use the copy machine.

Some of you might remember these times. It was actually very common that the original got lost at some point, so new copies were taken from the old ones, so the once straight horizontal and vertical lines got a little curved, and the pre-written text a bit blurry. But hey, it did the job.

So after the templates were either ‘typed’ with the typewriter or created by taking copies with the copy machine, we still only had an empty template, which needed to be filled with the actual data.

We had two options now, depending on the preference of our boss or supervisor. He wanted it accurate, so we had to ‘type’ in the actual data into the template. At times, we were allowed to amend existing papers by hand, as the effort of replacing one of these horizontal A4s on his well choreographed wall would have been quite challenging.

Imagine we would have needed to cut out one A4 with a blade, and replace it with the new one by using sticky tape. A hideous task, we wanted to avoid by any means.

Back to the process. So imagine five or six people standing up, staring at that wall full of horizontal A4s, waiting for the weekly recurring dance to begin.

The supervisor would start at the top left and make his way towards the bottom right before we all are allowed to get back to your desk (or into the weekend, because Fridays we only worked until 2pm, without lunch break).

He started with calling out the style, followed by the fabric, color, quantity, and expected customer delivery date. Now, following a strict protocol, every team member had to call out the relevant information for his or her department.

My responsibility was the fabric, one for all the other parts, one representing the manufacturing sides, one from logistics, another one from design, and his assistant to take notes and follow-up actions.

My supervisor called out “CLARK, 8045-1, 1,298 for 15-Nov”. Now it was my turn to confirm if we would receive sufficient fabric on time to meet the customer delivery date.

Luckily our computer software helped us with calculating how much fabric and other materials we needed for each style. So I came in with this massiv book of endless paper containing all the relevant calculations. 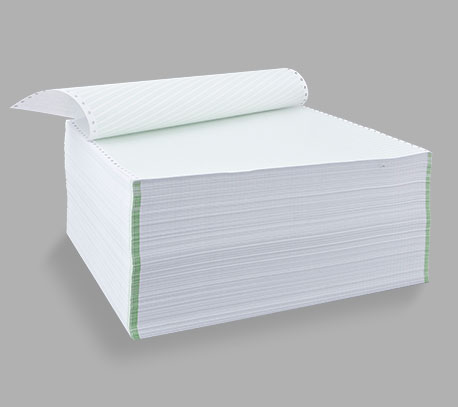 The report showed that we only had enough supplies to manufacture 500 units. Because we had enough time and the next delivery was expected in two weeks, not an issue right now.

So, 500 CLARKS, 8045-1 could go into production next week. But where? Who would have capacity to manufacture these on time?

Again, all manual. The manufacturing representative got consulted. He wasn’t in house often as his core responsibility was to ensure quality standards and timelines were met, so he often sent a Fax with the capacity planning in the morning.

Using a simple example here, we assume the production in Turkey could meet our demands, this would now be added to the respective A4 by hand.

Everything manually, with a pencil and eraser, line by line.

I think you can imagine how slow and cumbersome this has been.

There had to be a smarter, more efficient, more automated process to this.

How I disrupted the company aged 19

One Friday I asked my supervisor if I could remove all his horizontal A4 papers from the wall, take photocopies, and hang them back up, as I had an idea on how to become more productive.

Despite him being quite sensitive with his wall he allowed me to do it, curious about what my idea could be.

“But only after hours!” was his final comment. Fair enough.

Said, done. It took me about 2 hours to remove everything without making any demange, fighting with the sticky tape and the copy machine. These about 2 meters long sticky wall papers didn’t make the task easy. But hey, if it would be easy, everyone could do it.

I managed to get everything back onto the wall exactly as it was. Nobody could tell even a single sheet had been touched.

As it happened, my girlfriend at the time had access to her dad’s work computer. A portable personal computer. Today we would call it a notebook or laptop, back then it was less portable. It looked more like a typewriter with a screen. It had a handle, was quite heavy, and the battery lasted about half an hour max. But anyway, exactly what I needed. 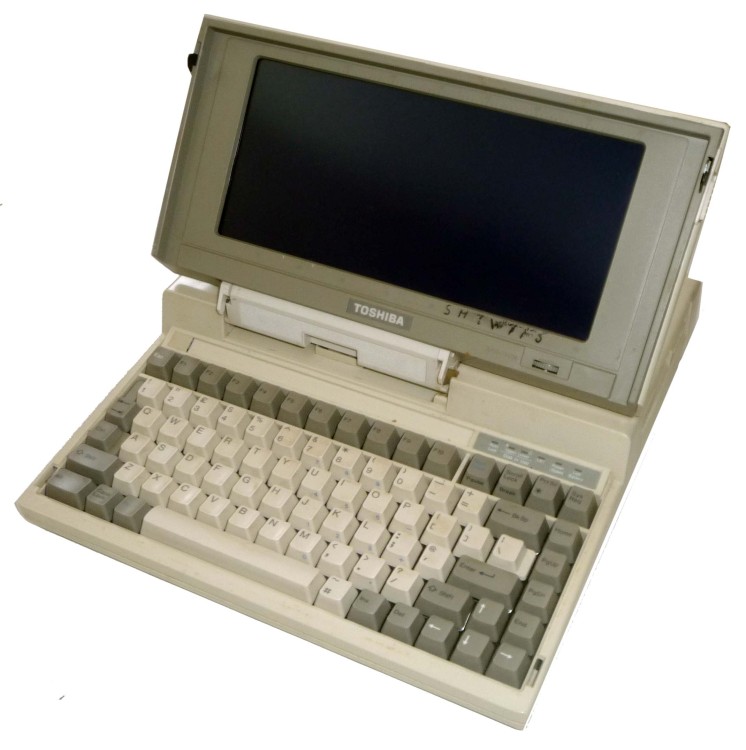 That weekend I got to learn Excel the hard way. I replicated the template design with its horizontal and vertical lines. Punched in all the data from the photocopies I took. And finally, that’s where the magic started, added in formulas to automatically calculate some basic field values.

I build in these basic formulas allowing us as a team to be much more efficient during our weekly production planning meeting. Not only did Excel now calculate automatically how many units were left to be manufactured, we also included the fabric delivery dates, production side capacity, and many more data points over time.

It’s been a tedious job, but would save the whole team hours of work in the future. I’ve been so proud and excited to present it to my supervisor coming Monday. But how?

There weren’t any PCs in the office, and my girlfriend’s dad didn’t have a printer at home. Mhhhh….

I had to ask him. Not an easy one, but I will spare you the details.

After explaining everything to her dad, he agreed for me to take his portable computer to the office on Monday.

The Excel file that changed everything

I went in early that Monday. I wanted to have time to test everything, one last time before my meeting with my supervisor at 10am that morning.

I went into his office, placed my girlfriend’s portable computer right onto his desk, flipped the display up, inserted the floppy disk, and loaded that Excel file.

It took me about 15 minutes to explain the logic to him. He saw immediately the potential this had to drive productivity. He cancelled his next meeting and spent until lunchtime with me to play through the Excel file system for a whole production cycle. 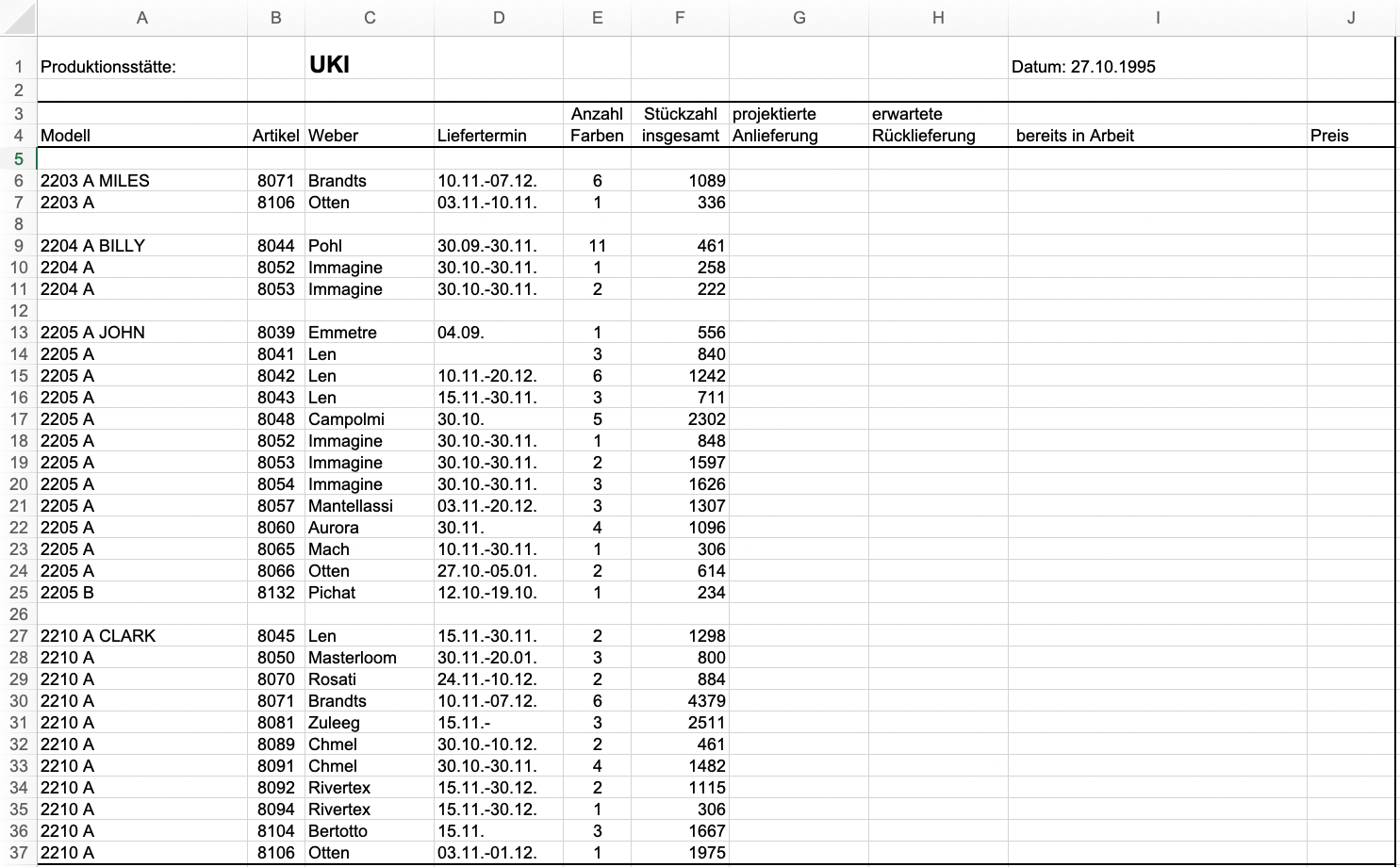 His first question was: “What do we need in order to get Excel to use in the office?”

He picked up the phone to call our head of finance, who was also in charge of IT at the time.

“I want you to request quotes for three PC’s including Microsoft Excel. One for me, one for you, and one for Martin.” he said.

It took about a week until we took delivery of these three PC’s. I was in charge of installing my magic Excel file on each of them. Furthermore, I had to train our production consultants and a few other team members on the usage. 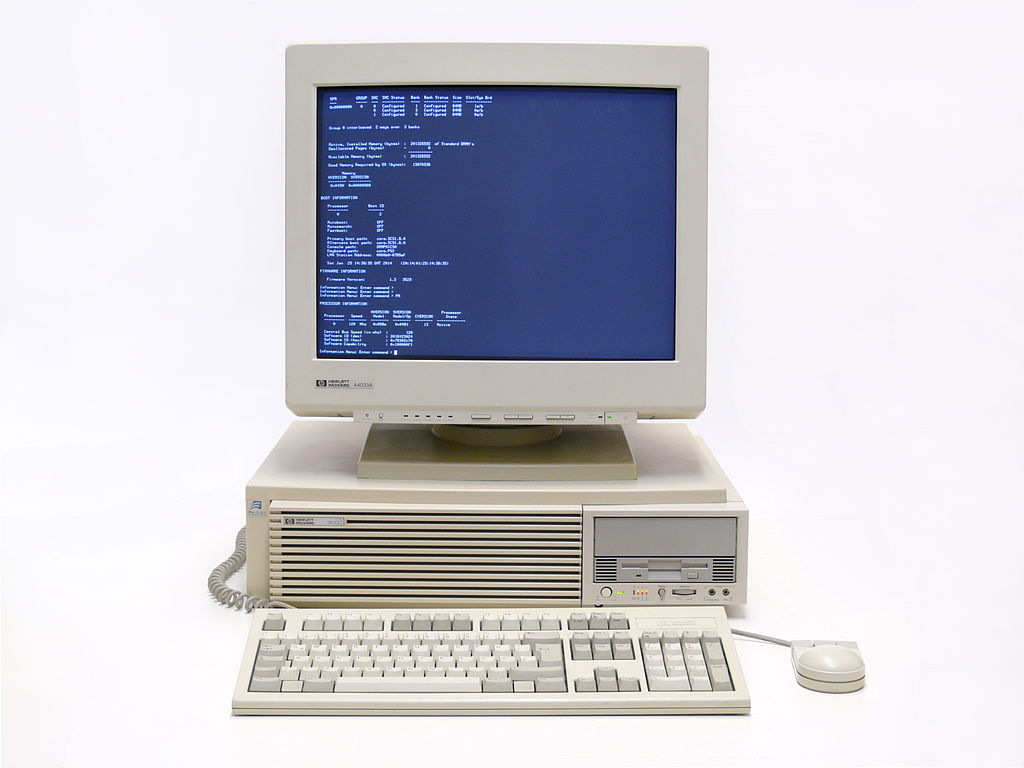 The process of endless paper copies, big and expensive envelopes being sent back and forward across Europe, and hours of manual calculations stopped right there.

In the absence of the internet, we still had to physically mail the floppy disks containing a copy of the Excel file to the respective production sides, but that was obviously much easier and less expensive than sending 5 kg of paper every week across Europe.

Despite me leaving that company a couple of years later, I know that they used this process for a long time after, until a similar process got integrated into their specific industry software solution.

My urge to automate everything that can be automated, so we have time for the real important tasks in life, started quite early and continues to today.

Back then I automated a manual process into Excel. Today, with all these tools available in online business, I automate processes by connecting the right tools, so they take away the manual work from you, so you can focus on what really matters to you.

My passion is end-to-end solutions, tailored to your needs, not one-size fits all. I can help you with everything from newsletter, to freebies, webinars, memberships, blogs, email automations, and many more.

I love to help you automate your business, so you can turn your dreams into reality. Tailoring all the tech in your online business to your needs. Designing and implementing your process automations in a way that the tech supports your personality.

Tech and fashion are my two passions. What are yours?

Reach out today and start to automate yourself!

How a blood bag saved my daughter’s life

What’s easier, remembering one or ten?

Thank you and goodbye – My last blog post, ever?

How To Build A Content Strategy That Takes You Only 2 Hours...

How to Plan and Run a Successful Email Marketing Campaign